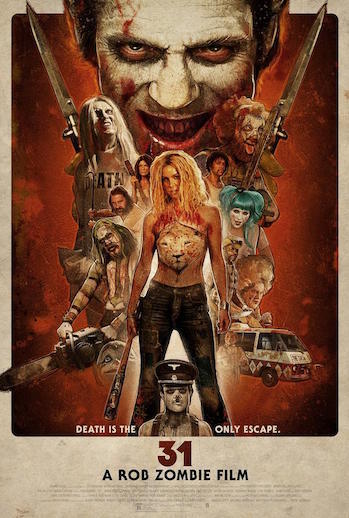 On Halloween, five carnies are kidnapped and brought to a place called Murder World. There they are forced to stay alive for twelve hours while playing a deadly game called 31. Their opponents are a group of murderous clowns known as 'The Heads' with each one nastier than the last.

The film was partially crowdfunded by fans.