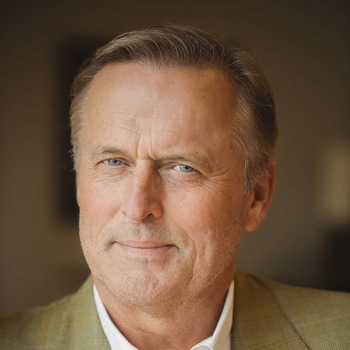 "I can't change overnight into a serious literary author. You can't compare apples to oranges. William Faulkner was a great literary genius. I am not."
Advertisement:

After a tepid response to his first novel, A Time to Kill, he achieved national recognition for his sophomore effort, The Firm. Soon after, he would write many more books, such as The Pelican Brief, The Client and The Rainmaker. Each book had a Tom Clancy-like fetishism for detail about whatever aspect of the legal profession it centered around, and all are clear cases of Grisham having written what he knows.

Occasionally, Grisham has dabbled in lighter, non-legal-oriented fiction, but it's his legal thrillers that put bread on the table, more or less. Thus far he has made a profession known mostly for paperwork and long speeches seem like a breeding ground for some of the finest Magnificent Bastards and Smug Snakes in modern literature.

A fair number of Grisham's books have been adapted into movies at one point or another, with varying degrees of quality and faithfulness to the source material.

Novels by John Grisham with their own pages include:

Film adaptations of Grisham novels with their own pages include:

Other novels by John Grisham contain examples of: