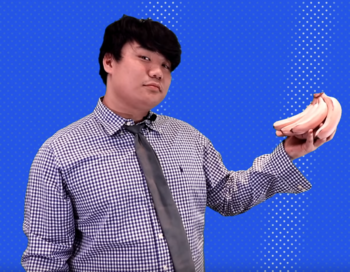 (A.K.A SMG4 or Luke Lerdwichagul) is an Australian YouTuber famous for his Super Mario 64 Bloopers series.
Advertisement:

In the years since, he has expanded out into different venues. He and his brother, Kevin Lerdwichagul, run a separate channel named Hobo Bros, which has the two playing games together. He has also founded a professional company that hosts and produces web based animations, named Glitch Productions.