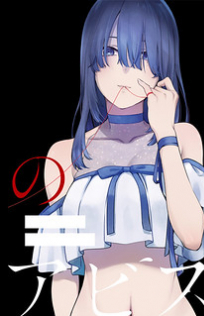 "Your life is your life"
Advertisement:

Reiji Kurose has had a hard life. His mother is torn between looking after his senile grandmother and NEET older brother; he's being bullied by his former childhood friend; and worst yet he feels listless and anxious in his small countryside town. While he figures he can get by living like that, everything changes once he meets his favorite idol, Nagi Aoe — and she offers him a way out in death.

Shounen no Abyss, also known as Boy's Abyss, is an ongoing manga written by Ryo Minenami (previously known for Hatsukoi Zombie and Himegoto - Juukyuusai no Seifuku). The manga currently runs in Weekly Young Jump, and has been there since 2020. The series was picked up for an English release by Viz Media.

The series announced a live action adaptation in 2022.