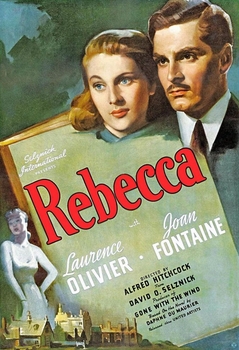 "Did you grow up in the woods? Are you Nell, from the movie Nell?"
— Donna Meagle, Parks and Recreation
Advertisement:

The Character Title is one of the easiest ways to name a work of fiction. Just take the name of a character and use it for the name of the series. The eponymous character is usually, but not always, the protagonist. A possible downfall of this trope is that if the show is a live-action, should the actor playing the title character decide to quit, it could spell the end of the show.

Compare Job Title, which is where the work is named after a character's occupation; and The Place, in which it is named after a location. It may change over time due to Spotlight-Stealing Title. The trope overlaps with Exactly What It Says on the Tin when a work accurately describes its premise or characters. Contrast I Am Not Shazam, where people assume the series' name is the character's name. See the Protagonist Title Fallacy for the false assumption that only protagonists' names are used in Character Titles. In literary circles, this is called an eponym, a term also used to refer to The Namesake. Also note that you won't see Cowboy BeBop at His Computer.

Occasionally overlaps with Biopic, The Namesake, One-Word Title, and Versus Title. In cartoons and children's books featuring characters with Rhyming Names, this would also inevitably overlap with Rhyming Title.

open/close all folders
Anime & Manga
Ballads
Comic Books
99% of all comic book superheroes fall into this trope. Notable exception, however, is Shazam!,note That is, until the New 52 reboot made him a straight example. which of course leads to a different trope...

Nonetheless, Gotta Catch 'Em All, so...