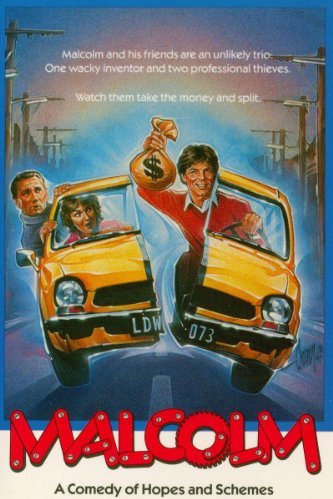 Malcolm is a 1986 Australian caper film written by Creator Couple David Parker and Nadia Tass and directed by Tass.

When socially awkward Gadgeteer Genius Malcolm Hughes (Colin Friels) is fired from the Metropolitan Transit Authority for building his own tram with company parts, he takes on two boarders, Frank Baker (John Hargreaves) and his girlfriend Judith (Lindy Davies), to pay the rent. Malcolm soon discovers that Frank and Judith are bank robbers, and he uses his mechanical abilities to help them with their crimes.