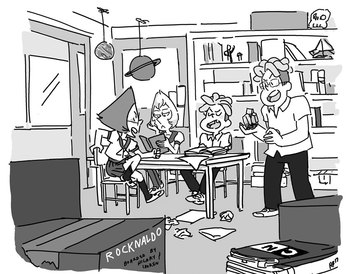 Ronaldo decides to live with the Crystal Gems to learn more about them.