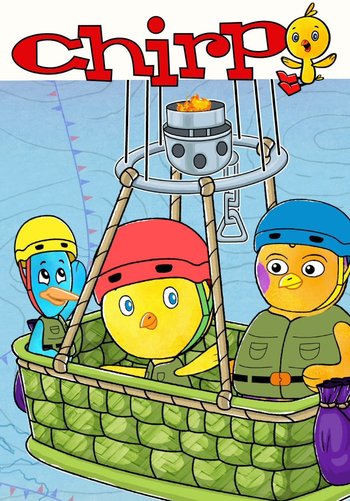 Chirp is a Canadian animated series based on the Canadian kids' magazine of the same name (which itself is a Spin-Off of OWL magazine). It follows the titular red-booted yellow bird, and his friends Tweet and Squawk, as they use their imaginations to go on adventures together.