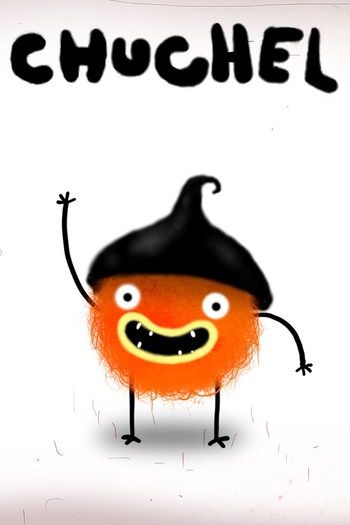 Chuchel is a Point-and-Click Game by the independent Czech studio Amanita Design.

You play as Chuchel, a round... something with a hat, and you try to get a hold on a very elusive cherry. The game is a series of unrelated puzzles in a Chowder-like world filled with colorful creatures and absurd humor.

Chuchel was released in 2018 for Windows, Mac, iOS and Android. The official page of the game can be found here