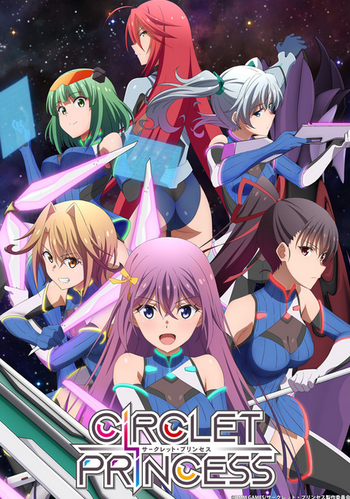 Many years into the future, advances in virtual reality technology had led to the creation of a new sport called Circlet Bout, used to determine the wealth and prestige of many schools across Japan. Mixed Reality, the technology used in Circlet Bout, can be used to store data about the players, such as their academic skills, and generate weapon for matches.
Advertisement:

By sheer coincidence, Yuka Sasaki gets involved in a Circlet Bout match against Chikage Fujimura, the best player in Japan. Yuka gets inspired to become a CB player and, two years later, she transfers to a school in Tokyo in order to accomplish her dream. Upon her arrival, she finds out the school's CB club has been closed down, so she sets out to re-open it with her new friends.