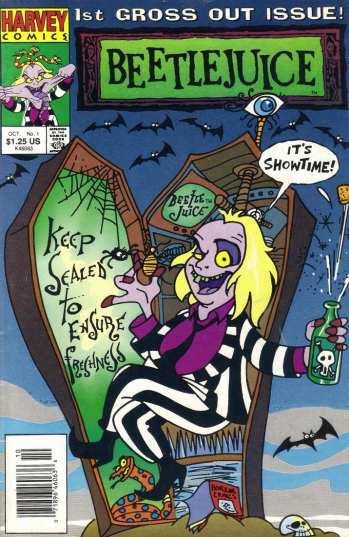 The cover of the first issue
In 1991 and 1992, Harvey Comics published a short comic book run based on the Beetlejuice cartoon. Like in the cartoon, Beetlejuice goes on a number of wild adventures, with his best human friend Lydia along for the ride (whether she wants to be or not). Each issue contains two storylines.
Advertisement:

There were just six issues of the comic published:

Being based on the cartoon, the comics share many of the tropes found on that page.

Tropes found in the Beetlejuice comics include: