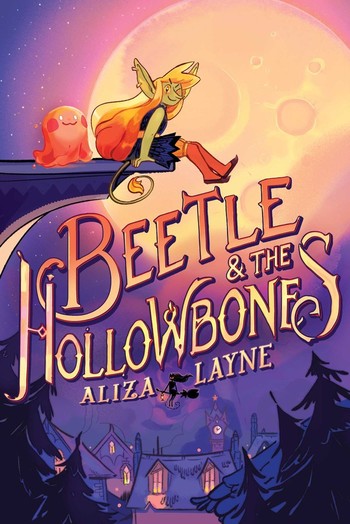 Beetle & the Hollowbones is a graphic novel by Aliza Layne (Demon Street) published in August 2020.

Beetle is a young goblin witch living in the town of 'Allows. She hangs out with her best friend, Blob Ghost, who is cursed to haunt the local mall.

A preview of the first twelve pages can be read here