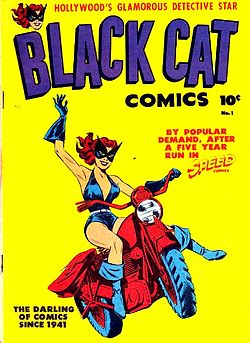 The Darling of Comics since 1941
Advertisement:

Since her initial run, there had been a few attempts to reprint Linda Turner's adventures, to little success, and the character has now fallen into public domain for any to use. Mystery Science Theater 3000: The Comic took advantage of this to MST one of the stories.