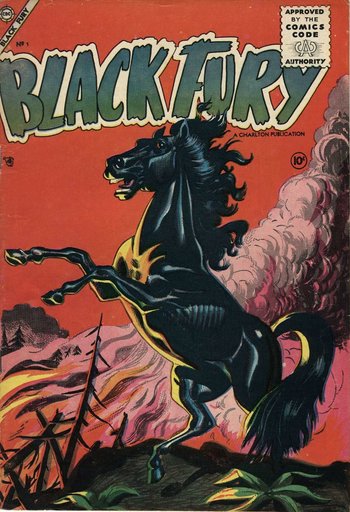 Black Fury was a 1950s comic about the adventures of a wild mustang (the titular Black Fury) as he roamed the Old West. Being a Cool Horse of unrealistic intelligence, these adventures included everything from fending off leopards to capturing bandits.

Though the series ended after 57 issues, most of it has been uploaded to a public domain website