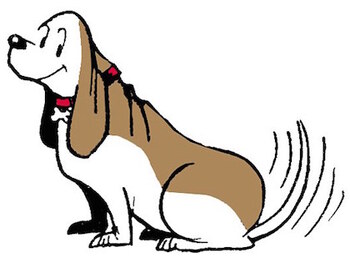 is a long-running comic strip starring a Basset Hound. It began in July 1963.
Advertisement:

The comic tells the story of a sarcastic Basset Hound named "Fred". He lives in London with his two owners, a husband and wife duo. It is a slice-of-life comic strip mainly consisting of the whimsical daily life of Fred.