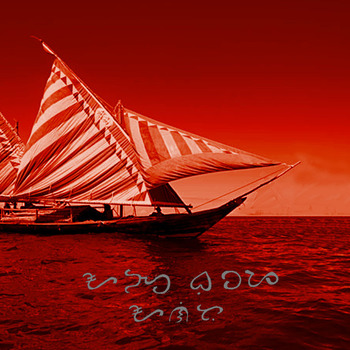 Baybayin translation: Ang Buwaya Anito.
“I am the son of voyagers, the crocodile-god, I break the ships in my teeth. Do you remember me?”
—Haik
Advertisement:

is a Troper Work by Sharysa, initially posted on HitRECord, then her social-media, the Inkshares website,

Like many of her works, this is an Urban Fantasy that's heavy on the fantasy.

The story begins when Mirasol, a Filipino-American woman, finds a Filipino-Australian man called Haik half-dead on the beach. She takes him in after his emergency-room stay is finished and soon finds out that he's the Tagalog sea-god Haik, once loved but almost forgotten, and has had a relationship with her across many lifetimes.

Things get complicated when Haik is revealed to be an undocumented immigrant, and traumatized from his lack of followers. Plus traumatized from a LOT of other things, with the main cause being Spain's colonization.

Tropes in the first draft: