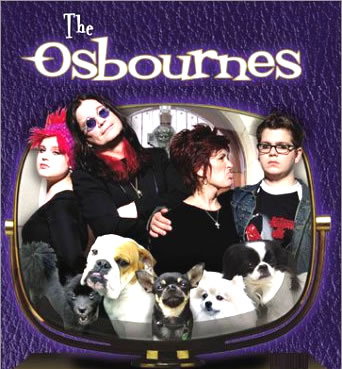 The Osbournes was a Reality Show which aired on MTV for three seasons, 2002-2005. It followed the misadventures of the namesake family Ozzy, his wife Sharon and their children Kelly and son Jack. In the second season, Jack and Kelly's friend Rob (Robert Marcato) joins the family; the Osbournes take him in after his mother dies of cancer. Also appearing on the show was Melinda, Sharon's personal assistant. Not appearing on the show was Ozzy and Sharon's eldest daughter Aimee, who refused to be involved; Aimee Osbourne was never mentioned and when the cameras occasionally caught family photos that included her, her face was blurred out.