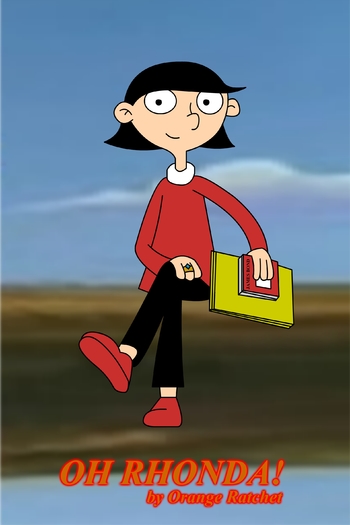 is a Hey Arnold! fanfiction written by Orange Ratchet, and is an adaptation Alternate Universe of the show, Hey Arnold!.

This story takes a new approach in which there is one simple question to ask... What if Helga did not exist in this universe? Who would have the crush on Arnold? Why, none other than Rhonda Wellington Lloyd, of course! With the help of her friends, Nadine and Phoebe, along with some advice from Curly, and the continuing misadventures of solving the mysteries of Hilliwood City, her life can be a big mess. She has to juggle her friends, her family life, her secret obsession for James Bond books and her crush on Arnold throughout all of her life. Will it ever be normal, and will she ever decide to confess to her crush?

This story is now been completed, with seven arcs in total. It currently has two sequels,Oh Rhonda!: Planning For the Future

(still in-progress). OR's world is one of the ones included in the crossover The Orange Parable

, which happens to include notably important OR characters besides Rhonda herself.