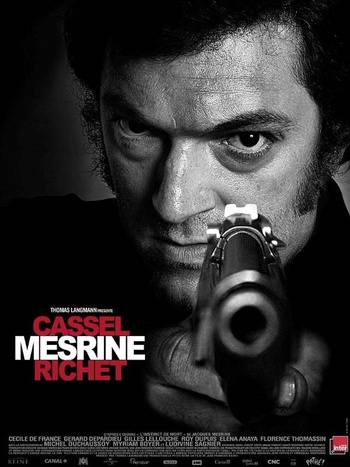 It chronicles the life of French criminal Jacques Mesrine

(played by Vincent Cassel), from his days as a crime syndicate underling to the robberies, kidnappings and murders he committed, which made national headlines in The '70s.

This film diptych provides examples of: