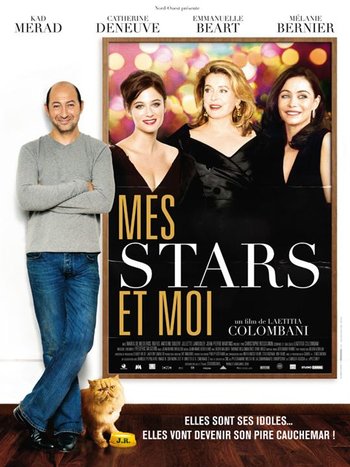 Mes stars et moi (literally My Stars and I) is a 2008 French comedy film directed by Laetitia Colombani.

Robert Pelage (Kad Merad) is an obsessive fan of three actresses: the veteran Solange Duvivier (Catherine Deneuve), the tabloid darling Isabella Séréna (Emmanuelle Béart) and the up-and-coming Violette Duval (Mélanie Bernier). He works night shifts as a janitor in the same building the actresses' agents work in, a fact he takes advantage of. One night, Robert manipulates things so all three end up cast as the stars in an upcoming film. Brought together, Solange, Isabella and Violette start plotting to make him pay for his stalking.