Film / Man in the Wilderness 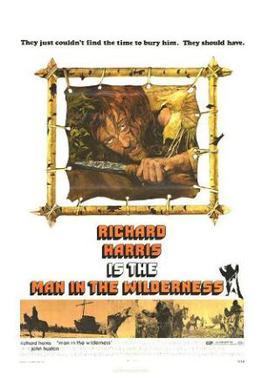 Man in the Wilderness is a 1971 revisionist Western film directed by Richard C. Sarafian. Zachary Bass (Richard Harris), a scout for a fur trapping expedition on the American frontier, is mauled by a bear. To avoid delays, the other trappers leave him to die. He survives and follows his companions through the mountains, gradually growing stronger, determined to confront the people who abandoned him. As he travels, he flashes back to his troubled past, first as an orphan and later as a widower.

Man in the Wilderness contains examples of: