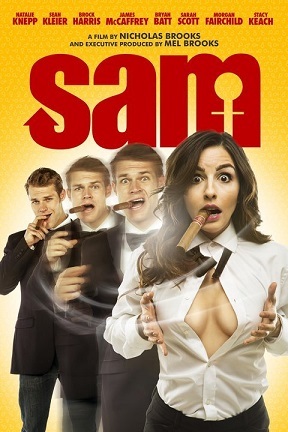 Sam (Brock Harris) is a womanizer with a real chip on his shoulder about women in general and his best friend Doc's (Sean Kleier) fiancee in particular. After leaving a bachelor party drunk and angry, Sam stumbles into 'Ye Olde Curiosity Shoppe'. The shopkeeper (Stacy Keach) listens to Sam complain about women, and after expressing disapproval of Sam's misogyny offers him a mysterious drink. The next day, Sam wakes up as a beautiful woman (Natalie Knepp). "Samantha", as Sam now calls herself, is forced to live as a woman and pretending to be her male self's cousin until she can find a way back...