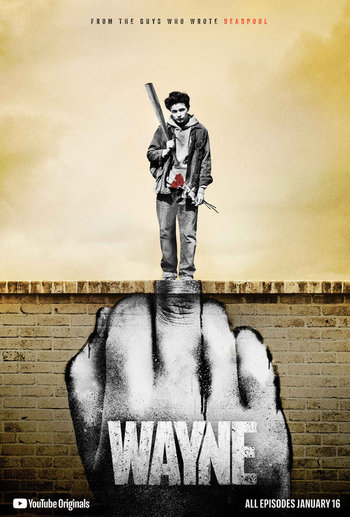 Wayne is a YouTube Original series that debuted on January 16 2019.

The show follows Wayne, a 16-year-old misunderstood loner with a vigilante complex who learns from his dying father about a shit-hot 79' Trans-Am that was meant to be his, and sets off from Boston to Florida to retrieve it with his new friend Del in tow.

In November 2020 it started streaming on Amazon Prime and got cancelled after one season.