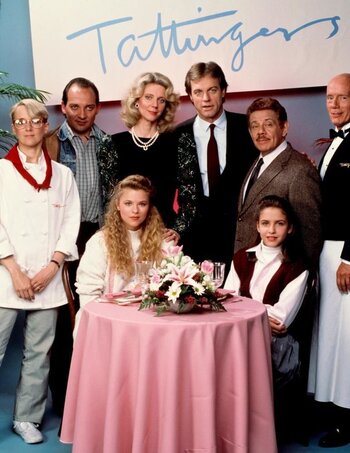 A Short-Runner NBC Dramedy series starring Stephen Collins and Blythe Danner as Nick and Hillary Tattinger, a divorced couple running an upscale Manhattan restaurant together. The series failed in the ratings but was briefly revived as Nick & Hillary before being cancelled.

Tropes for this series: