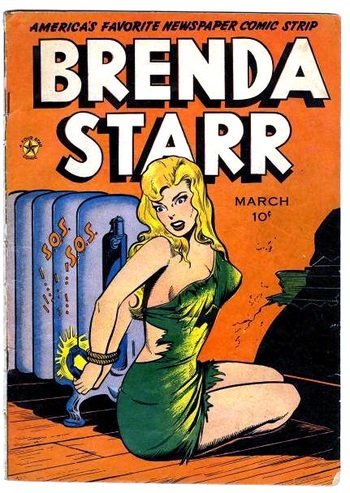 Brenda Starr (full title: Brenda Starr, Reporter) is a comic strip created in 1940 by Dale Messick for the Chicago Tribune. Set in Chicago, it is about the titular glamorous, adventurous reporter.

Initially appearing as a comic book supplement that was included with the Sunday Chicago Tribune, the strip soon appeared in the Sunday paper itself and a daily strip was added in 1945. Following Messick's retirement as Brenda Starr's artist in 1980, she continued scripting it for two more years with a separate illustrator, after which it was continued by different female writer and illustrator teams before the final strip was published on January 2, 2011.

There have been several live-action adaptations of the strip, included a 1945 film serial and a film released in 1989 with Brooke Shields as Brenda.