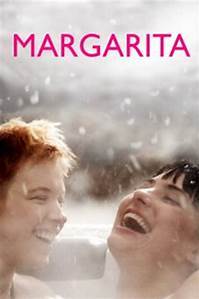 This Canadian drama from 2012 revolves around the story of Margarita (Nicola Correia-Damude), a Mexican immigrant who's undocumented and living in Canada as a Canadian family's nanny within Toronto. Margarita has lived with them for six years, basically raising Ben and Gail's teen daughter Mali. She is also in a long-term relationship with her Canadian girlfriend Jane (Christine Horne). As Mali nears adulthood and her employers are struggling financially though, they decide it's time to let her go. Margarita at the same time wants to marry her girlfriend, who is reluctant over the idea. When she is exposed as undocumented to the police after getting into an accident on her bike, Margarita must find a way of staying with her loved ones.