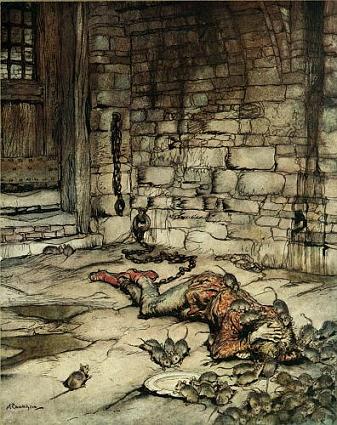 "Young Beichan" is Child Ballad #53, collected in several variants, in which the hero's name, the heroine's, and the location where they meet vary a lot.

The plot, however, does not. The hero is thrown into a dungeon in a far country. His captor's daughter frees him, and he pledges to marry her. On returning home, however, he is forced to marry. She arrives in time to stop the wedding.

This is the plot of many Fairy Tales such as Snow-White-Fire-Red, and parts of it feature in many more, such as The Love of Three Oranges and The White Dove.

Full text, with all of Francis Child's variants, here.

Tropes included (in at least one variant):