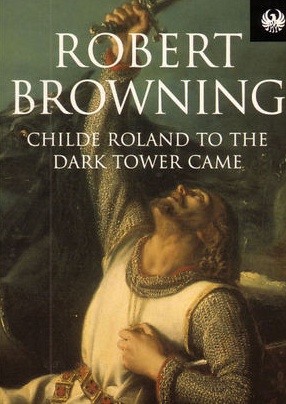 A mid-length narrative poem by Robert Browning detailing the adventures of Childe Roland ("Childe" being a medieval term for a youth preparing for knighthood) as he seeks the Dark Tower, a quest which has already killed many of his compatriots.
Advertisement:

The poem is told from Roland's perspective, and is both grim and dream-like, with sudden unexplained shifts in scene and a deeply portentous aura surrounding almost everything the narrator sees.

The poem was inspired by a line from William Shakespeare's King Lear, and, in turn, inspired Stephen King's The Dark Tower series.