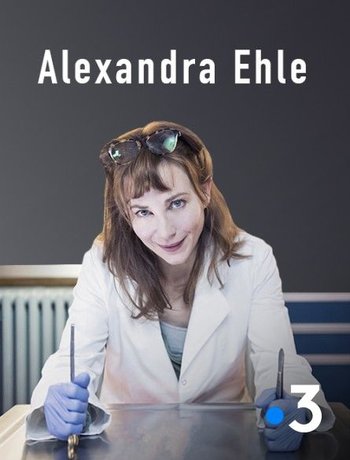 Alexandra Ehle is a French Forensic Drama created in 2018. The first season counts four episodes, each one of them being one hour and a half long.

Alexandra "Alex" Ehle (Julie Depardieu) is a red-headed thanatologist who studies corpses (including cut off limbs) of murdered people at the forensic institute of Bordeaux. She's brilliant but quirky and stubborn, and has to work with a young trainee, Théo Durrel (Xavier Guelfi). The police officer she collaborates with happens to be her brother Antoine.

Théo quickly finds out that Alexandra doesn't like to limit herself to working in her forensic lab, she always jumps in to investigate cases in the field without authorization, much to her brother's chagrin.