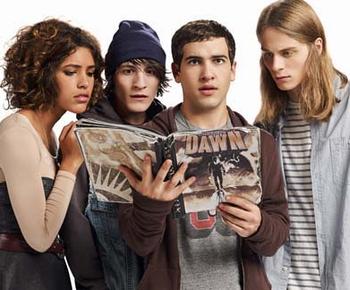 The story revolves around Cameron Turner, the son of an astronaut who disappeared two months prior to the start of the show, after a mission to stop an asteroid that was headed for Earth. Cameron's dad was also a comic book artist, producing his own line of comic books, the only one not mass produced was named Mission: Dawn, a comic sought out by many people. When the police stop looking for his missing father, Cameron decides it's time to do his own investigating. With the help of his eccentric best friend Boris Walleyska, they start to uncover much more than they bargained for, finding themselves caught in the middle of a massive conspiracy with Mission: Dawn as their only guide.