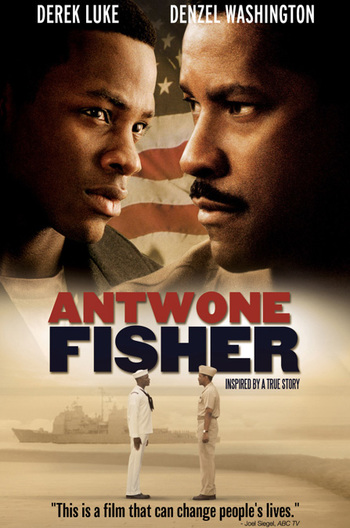 Denzel Washington's directorial debut, Antwone Fisher is a 2002 drama based on U.S. Navy officer Antwone Fisher's memoir Finding Fish, about his experiences coming to terms with his abusive childhood.

Antwone (Derek Luke) is a violent, troubled naval cadet who begins sessions with psychiatrist Dr. Jerome Davenport (Denzel Washington). During the sessions, Antwone narrates details of his childhood experiences, which included beatings, sexual abuse and seeing his best friend shot before his eyes. The two men become friends and help each other deal with their own relationship conflicts.