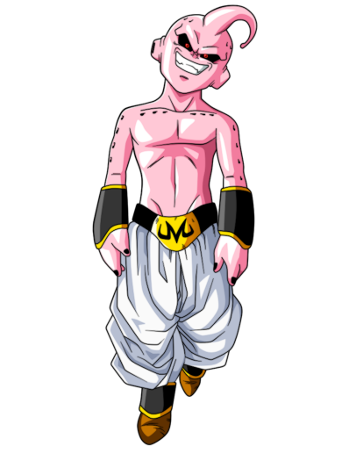 Advertisement:
The Nothing
The Nothing, Unholy Imagination Destroyer (Void)

The Army of the 12 Monkeys
The Army of the Twelve Monkeys, The Impious Apocalypse Cult (The Pallid Man: Mr. Shaw | Olivia: The Striking Woman, The Witness.) 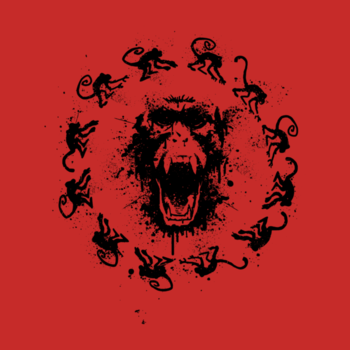 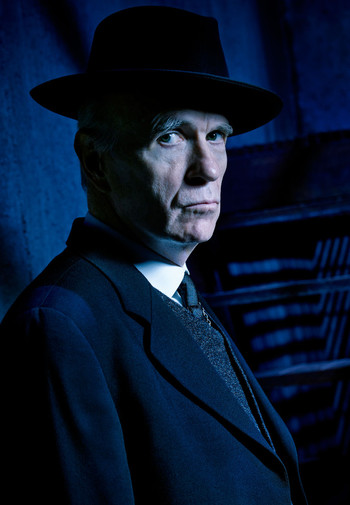 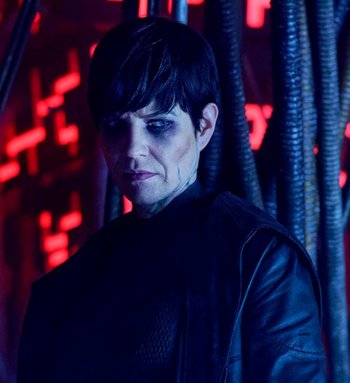 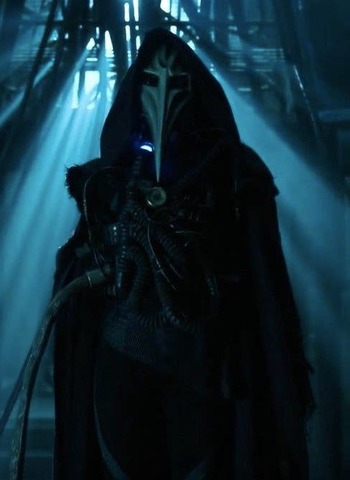 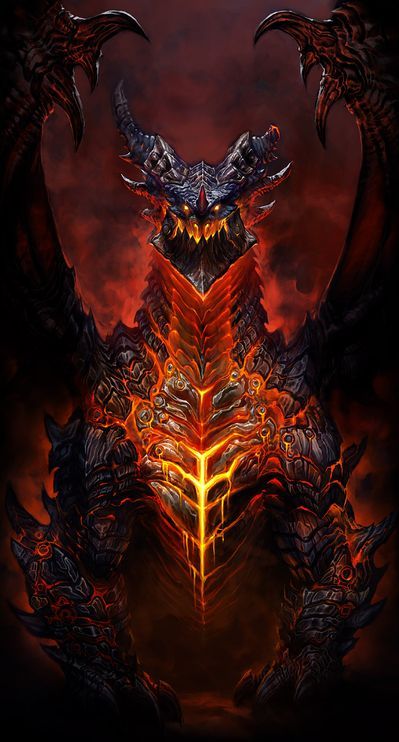 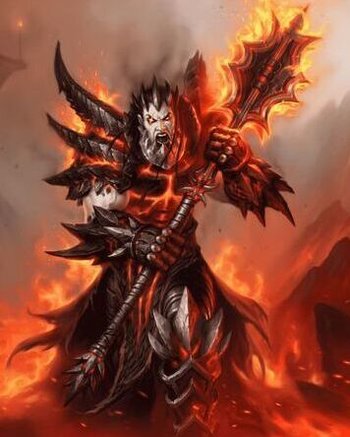 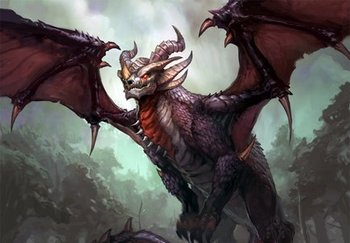 Firebird
The Firebird, God of the World-Wrecking Wave 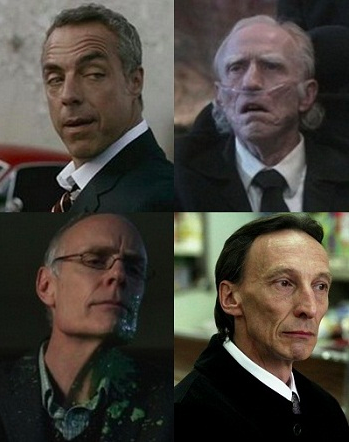 L to R Top to Bottom: War, Famine, Pestilence, Death.
The Icon of Sin
”The longer the Icon of Sin is on Earth, the stronger it will become.” 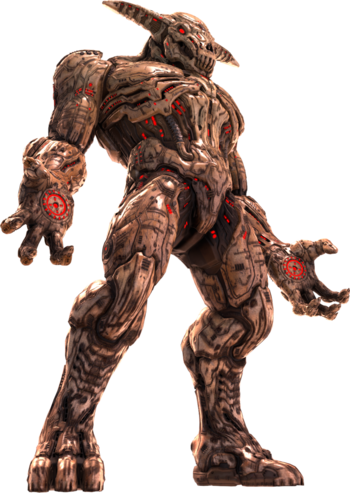 The Icon of Sin as seen in Doom II

The Virtual Icon of Sin

SKYNET
Skynet, God of Machine Wars, The Genocide of Humanity and One of the Councillors for the Grand United Alliance of Machines (Titan, Genisys, Sky-1, Alex, T-5000)

Lobo
Lobo, God of Those who Fragged Their Entire Species (The Main Man, He Who Devours Your Entrails And Thoroughly Enjoys It) 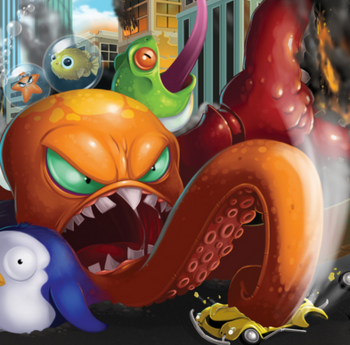 Randall Flagg
Randall Flagg, God of the Walking Wastelands (The Walkin' Dude, The Man in Black, The Ageless Stranger, The Dark Man, The Tall Man, Legion, Nyarlathotep, Walter o'Dim, Walter Padick, Marten Broadcloak, Maerlyn, Flagg the Hooded, He Who Walks Behind the Rows, Revered Flagg, The Covenant Man and other variations of R.F) 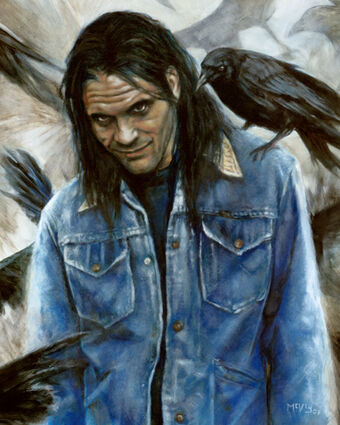 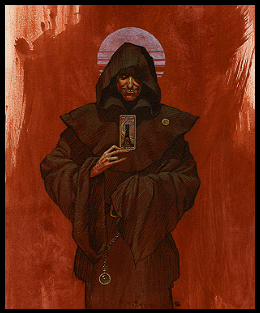 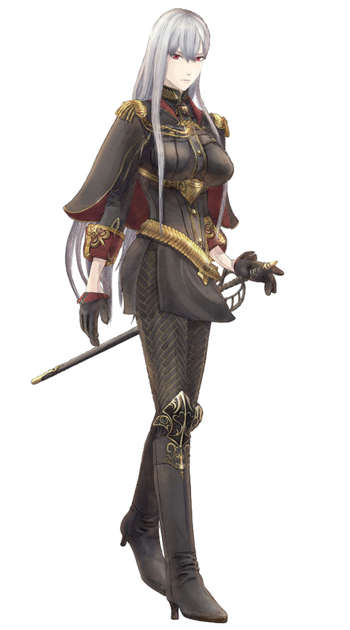 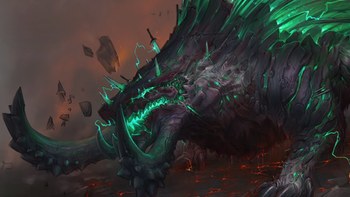 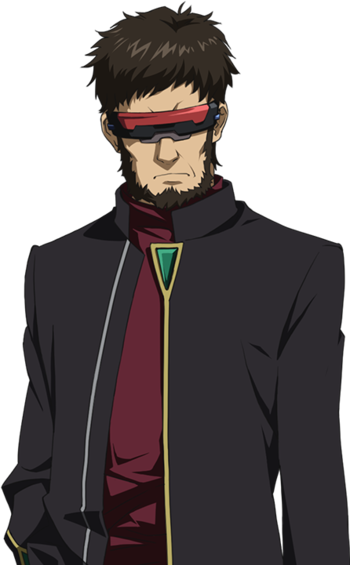 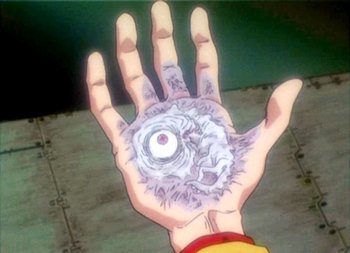 "I won't save the world. I just kill goblins."

Hazardous Environment Combat Unit
*Emergency Broadcast Sign-In Tune* The following message is transmitted at the request of local authorities. At 9:47 AM, Mountain Time, a disaster of unknown type has occurred at the Black Mesa Research Facility causing significant damage and failure to various power and communication systems in the surrounding areas. An immediate evacuation order has been issued for all residents within a 75 mile radius of the facility, and on-site military has been dispatched to provide assistance. Make sure to bring an emergency supply of food, water, clothing, first aid kit, flashlights with extra batteries, and battery powered radios. Follow local evacuation routes which have been marked by local authorities and only use one vehicle. Do not return to the warning area until the all clear has been given. If you are not in the evacuation zone stay where you are. If you are within the evacuation area and have no transportation locate your nearest police department or military officer. Do not use telephones or cell phones except in the case of emergencies. Stay tuned to local news media outlets for further details and information on this situation. *Emergency Broadcast Sign-Out Tune* 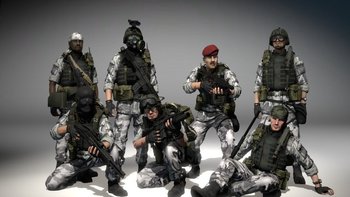 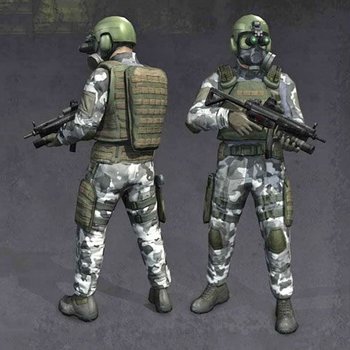 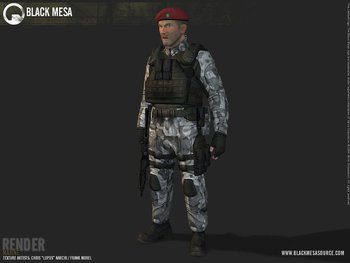 HECU Medic and Engineer as depicted in Operation Black Mesa 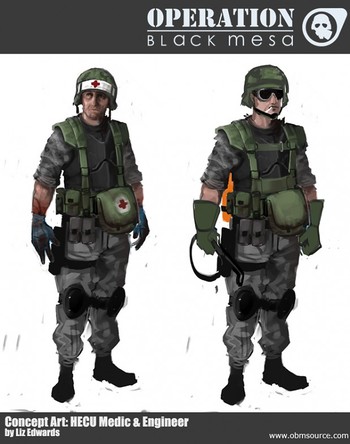 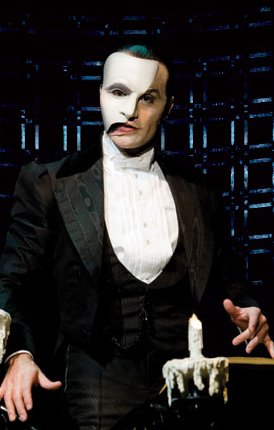 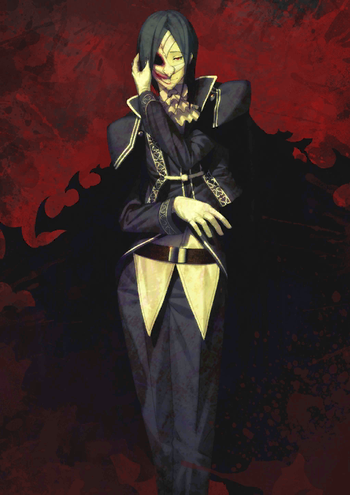