Wars are often not won through individuals, the exceptions are well, exceptional. Even they need a break and backup now and then. Teamwork is the rule of this house, those that would not normally warrant thought are in the limelight here. They are legion, for they are many.

This sub-house takes the form of a gigantic defense complex that has exits into the many battlegrounds of the House of War for quick deployment of troops. Most troops in the Pantheon that don't serve the public good (i.e. only serve their respective bosses) are trained and organized here, with some notable exceptions like the 501st, who are headquartered in the House of Defense, and those directly serving the Grand United Alliances like the Helghast.

The Overlords
The First, Third and Fourth Overlord, the Trinity of Replaceable Reinforcements (The Tin Tyrant; The First Overlord: Lord Gromgard; The Third Overlord: The Great One, The Overdad, The Eighth Hero, Gallant, Infernal God of the Infernal Abysses; The Fourth Overlord: Witch Boy, The Demon Lord of Nordberg, The Overlad) 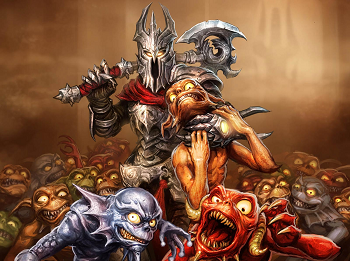 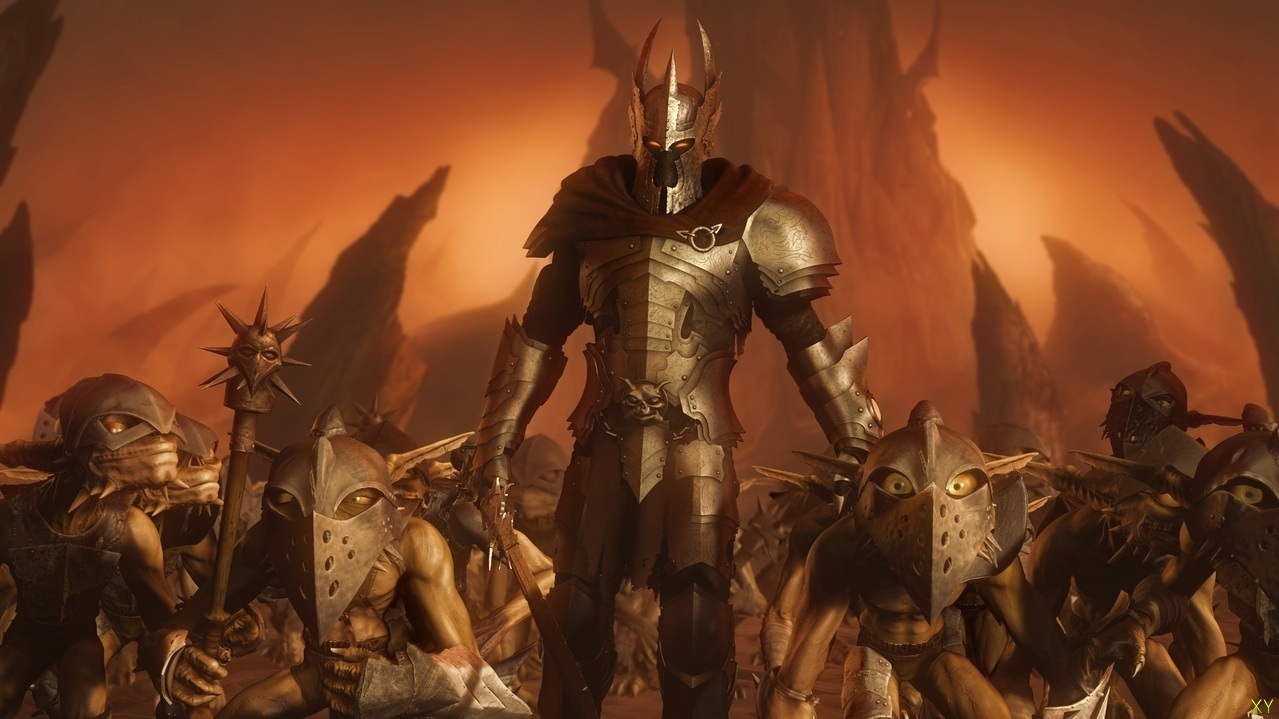 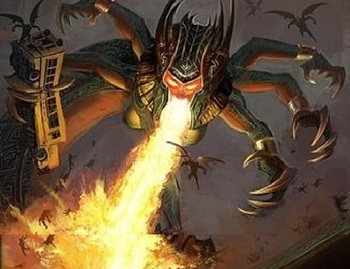 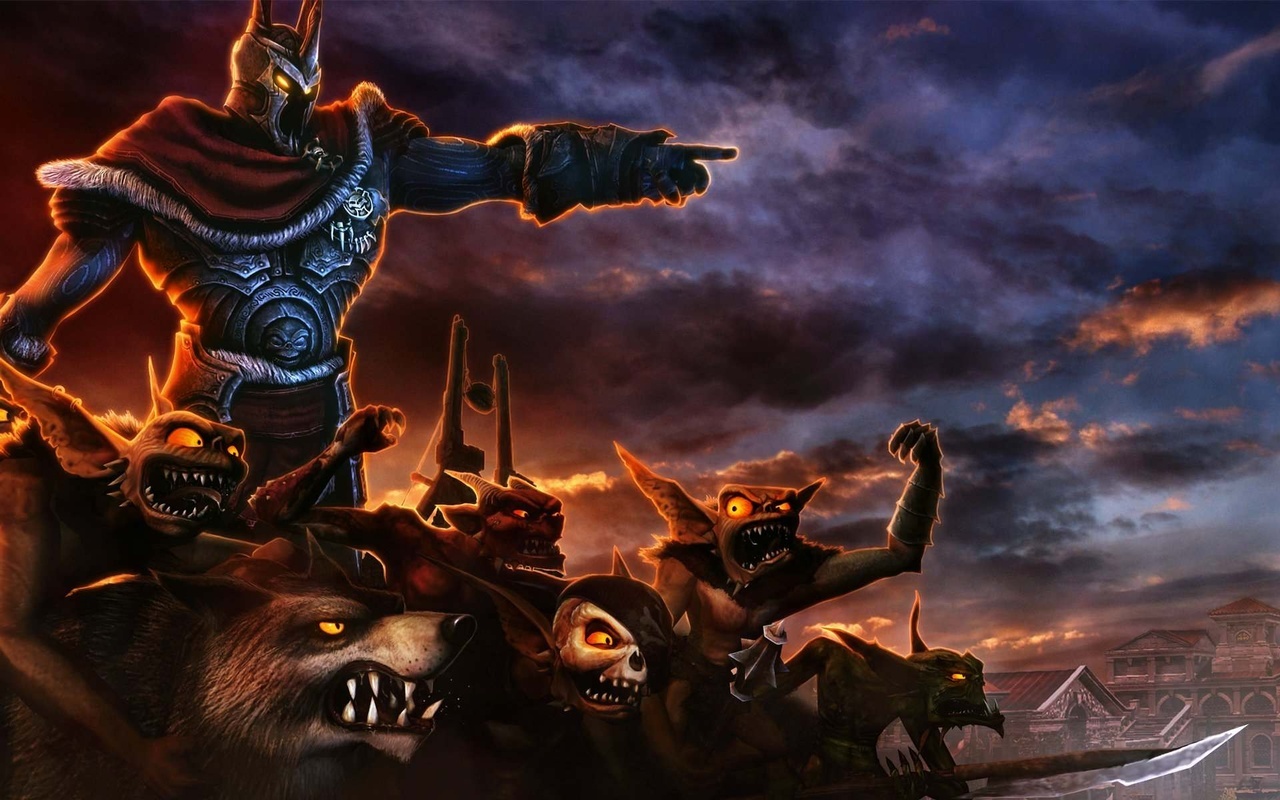 This profile speaks with the voice and authority of the Ur-Quan! 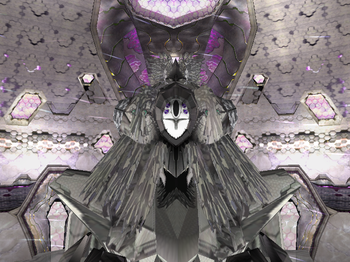 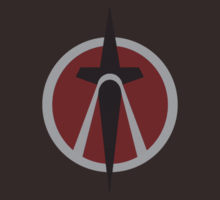 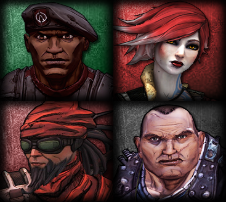 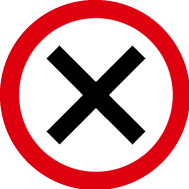 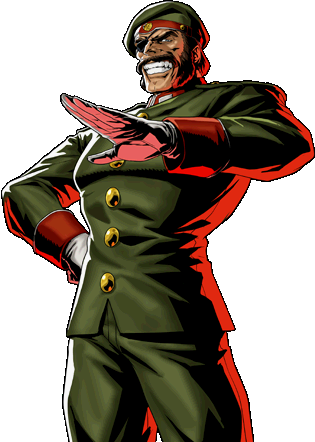 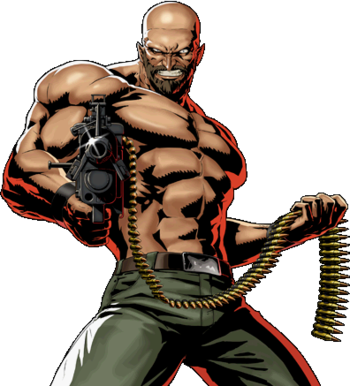 "1941. The Desert Fox, Field Marshal Erwin Rommel, arrives in Libya to assume command of the Afrika Korps. Within a few months, Rommel, the rising star of the German Army, recaptures the territory taken by the British and Commonwealth Forces prior to his arrival. Despite being heavily outnumbered by the British Forces, the superior range and armor of the German tanks allows the Afrika Korps to take the fight to the Allies. By July of 1942, the Desert Fox and his unstoppable Afrika Korps, in a series of classic Blitzkrieg attacks, pushes the British Forces eastward, across the deserts of Libya, and into Egypt. Now in late 1942, holding their ground a mere 60 miles from the Egyptian capital of Cairo, British Field Marshal Montgomery's forces, including the Desert Rats of the 7th Armored Division, prepare to blunt the German offensive, and regain the initiative." -Intro to "The Battle of El-Alamein"


"Libya, 1943. The British Crusader tank enters its second year of service in the North African desert campaign. Desert tank warfare proves difficult and challenging for both sides. Dust clouds kicked up by the movement of their tracks and the firing of their cannons create poor visibility conditions during combat. Navigation is also a problem. The vast Libyan desert offers little in the way of recognizable landmarks. The British Crusaders, whose guns lack the range of their German counterparts, are forced to use massed high-speed charges to close within firing range. A dangerous strategy, that leaves much to be desired." -Intro to "The Tank Squadrons" 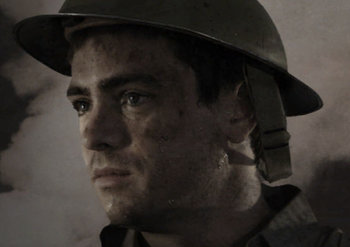 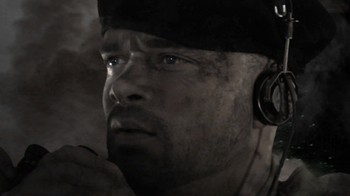 Davis (above) and Welsh (below) in 1943, during the Tunisia and Libya campaigns, respectively
Davis during the Normandy Campaign in June 1944 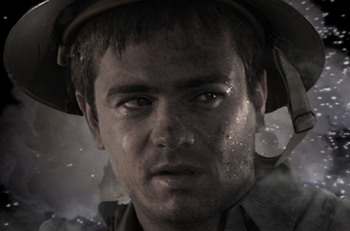 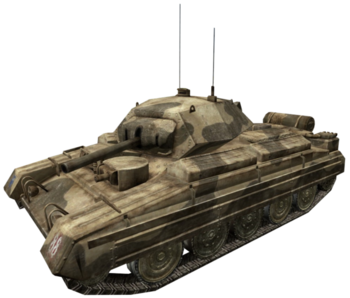 Captain Price: "Bloody fine work men. The 7th Armored's made it out of this mess thanks to our efforts on this flank. That said, our job here is done. So let's get the hell out of here."

The Battlehawks
"September 1st, 1939. Germany invaded Poland. This was the start of the Nazi Blitz in Europe. It engulfed the world in a war that caused great social and political turmoil. What follows is an accounting of evidence recently uncovered about the secret war the Allies fought against the German Reich and Japanese Empire during World War II. By May of 1940, the Allied Leaders of Great Britain and the United States had witnessed the awesome power of Germany's resurrected war machine. They were shocked by the deadly efficiency of Germany's air force, the Luftwaffe. Except for England, all of Western Europe had fallen in quick succession to the enemy blitzkrieg. Undermanned and underequipped, the Allies moved quickly to slow the Nazi military juggernaut. For this task, Prime Minister Winston Churchill authorized the creation of a secret organization called the SOE, the Special Operations Executive. It's mission was to undermine the German war effort and in Churchill's words: "To set Europe ablaze." To accomplish their difficult task, the SOE created a unique fighter squadron dubbed "The Battlehawks". It's mandate was to search out and destroy the terrifying secret weapons of the Luftwaffe. Pilots from war-ravaged Europe, and even the United States, came to England to volunteer their services. It was from this broad spectrum of aviators that the Battlehawks would find its strength. In the coming years, the skill, dedication, and courage of these brave pilots would be tested to the fullest. This is their story..."

The Battlehawks, Divine Eagle Squadron of the Pantheon

Battlehawks Logo, as worn by their members
Some of the aircraft used by the Battlehawks 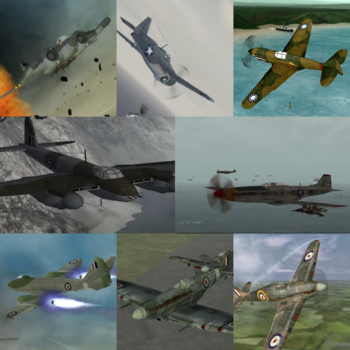 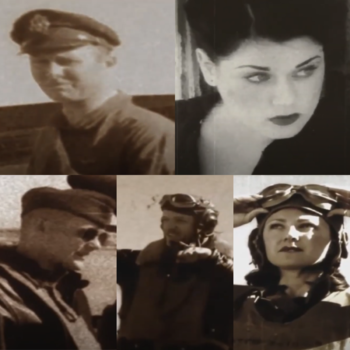 Krieger: "Damn those Battlehawks!...And that American...Chase!"
"With the D-Day invasion's success, the Allied crusade in Europe had finally begun. The Battlehawks had fought throughout the greatest war in history, playing a vital but untold role the Allied victories. Their daring efforts ended Hitler's atomic weapons project, and prevented his terror weapons from ever being used. But they knew the Third Reich would now grow more desperate, pouring resources into its program like never before. In one sense, for these weary pilots, the war was just beginning..."
The Flag Raisers
The Flag RaisersMembers  Sergeant Michael Strank, Corporal Harlon Henry Block, Private First Class Franklin Runyon Sousley, Corporal René Arthur Gagnon, Corporal Ira Hamilton Hayes, Navy Corpsman John Henry "Jack" "Doc" Bradley , Divine Heralds of Iconic Flag Posing (The Heroes of Iwo Jima) 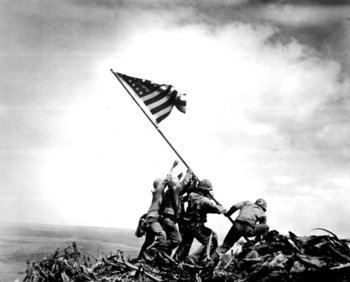 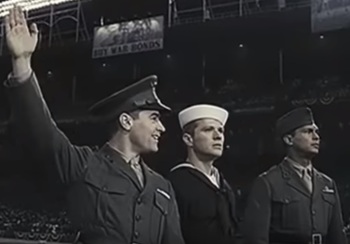 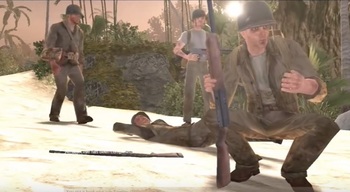 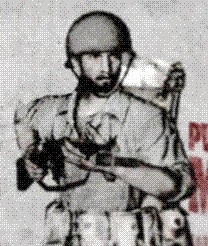 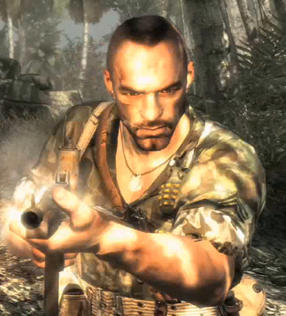 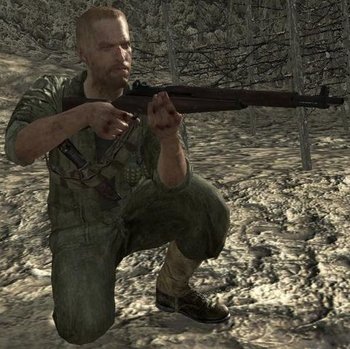 Top: Miller, Center: Roebuck, Bottom: Polonsky
Roebuck: "Everything that was asked of us, we've done. Every night we lay in a filthy foxhole...Prayin' the enemy won't slit our throats. Every day we spent crawling through the mud and dirt while bullets whistled all around. This is the enemy's last stand. When we take Shuri Castle, we go home. All of us."
Randall and Taylor
Lt. Randall and Sgt. Bill Taylor, Divine Rangers of the Pantheon 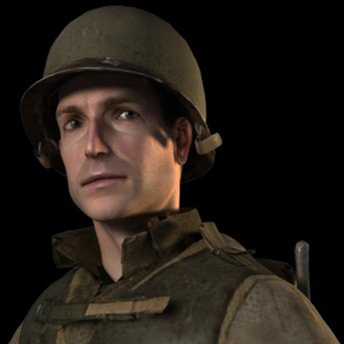 Randall as a Sergeant 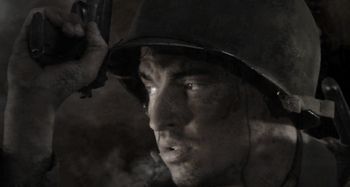 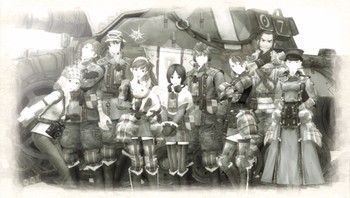 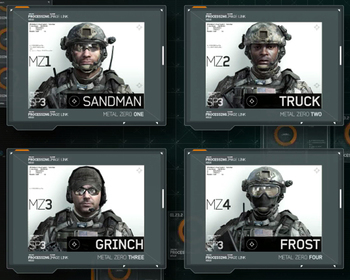