The House of Health and Diseases was created as a means to establish a core medical center and lifeblood in the Pantheon. Considering the grand scale of an ever-expanding realm and a seemingly endless battle being waged between different factions who believed in varied reasons, it was near-universally decided that a central hub regarding physical, and mental aid was set up to provide essential support for those who are unable to properly involve themselves in many mundane activities, as well as the terminally ill and severely impaired.

The initial plan was to set up a hospital that linked strong ties to different sections of the Pantheon, especially the Houses of Death and Postmortem, Life and Vitality, and Knowledge. The core concept persisted and the Magnam Caelestis Medicinae Centrumnote Latin for the Grand Celestial Medical Centre, better known as "The Grand Medical Pantheon Centre" to the public, was built in a large designated patch of field where travel and communication were easy to access. The Medical Centre has several blocks dedicated to housing large rows of rooms for patients to attend and a research hub dedicated to studying, understanding, and developing cures for several different sorts of diseases and conditions. As time went on, the Magnam Caelestis Medicinae Centrum became the icon and centerpiece of a business district that includes various drugstores, pharmacies, and clinics, whereas the main medical centre adopted the informal title of The Pantheonic Medical Hub. Some of these have been licensed and sponsored by the hub, though some have remained independent and, if successful enough, were even funded and sponsored by other Houses. It should be noted that not every medical company and store is located in the House of Health and Diseases, but are either, or exclusively, located in other places for differing reasons, usually because the hub has disapproved of them.

In addition to the Magnam Caelestis Medicinae Centrum, another area was designated to contain the various diseases, elements, and beings that possess the potential of causing an outbreak and a Quarantine Containment was planned, approved, and built as a means to enact on preventing any sort of medical outbreak and to ensure that potential panics and issues don't arise from what it's supposed to be looking after. Unlike the Medical District that the hub has established, the Quarantine is mostly isolated, only linked by heavily monitored roads and tunnels and blocked from view by large sturdy walls and an overly concerned batch of security guards and officers who have been taught, trained, and educated to understand the severity and dangers of the elements and beings that they're to look after and prevent from escaping. Despite the tough and dedicated security, The Quarantine's isolated nature does make it one of the more unsettling and scary places in the Pantheon.

The House has since been serving under a "Neutral" stance as several in the forces of good, evil, and the in-between, see certain benefits and supports that can be received here and don't want to ruin their chances. As a result, most of the alliances choose to not put the House of Health and Diseases as a major priority in their battles and the more antagonistic factions have chosen to save it on a later date for a takeover, if mainly for pragmatic reasons. The sole exception to the stance is the Grand United Alliance of Destruction, who do not discriminate anything in their desire to obliterate all traces of existence, Houses included, not to mention that with most of the members being undead, they see no desire to visit the House, to begin with.

The Medicinae Centrum has featured Asia Argento, Florence Nightingale, and The Spring Spirit as their official mascots and leading figures for those who wish to seek whatever medical treatment possible, be it immediate, short-term, or long-term. Of course, most of the other workers look up to the trio for making an attempt to inspire others with their actions, though there are a few who, while good-natured in their goals, are too aloof or don't hold them up in too much regard, instead choosing to pursue their profession for their own gains. On the other hand, the Quarantine Containment doesn't have an official representative, but Anton Arcane and Thrax decided to take it upon themselves to run the business regarding the terror and fear of diseases and outbreaksnote they see it as fun, though they'll play along with stating that "they're trying to teach something important". Nurgle independently asserts a massive influence there thanks to his oddly friendly nature and his vast influence due to his own nature as a Chaos God. It should be noted that Anton and Thrax operate as a duo while Nurgle acts on his own accord, though they're usually branded as a trio, much to the former two's dismay.

The Matrons of Mercy 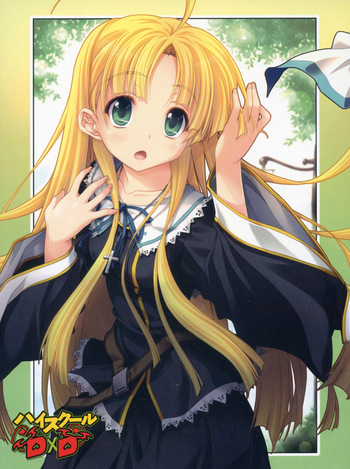 , Goddess of Medicine (The Angel of Mercy, Angel of Crimea, The Lady of the Lamp, Berserker, Mercedes, Seventh Ruler of Judgement, Santa Archer) 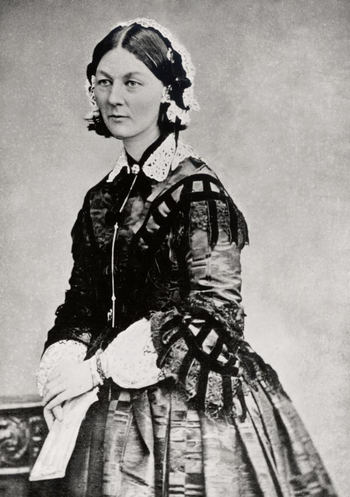 A real-life photo of Nightingale
As a Berserker 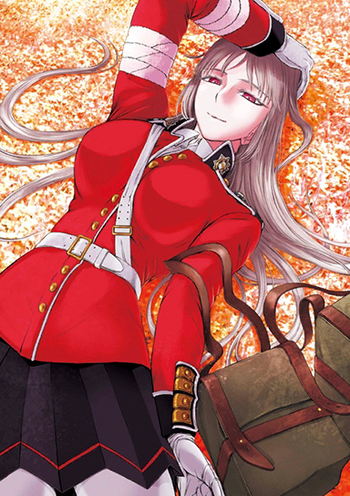 As a Santa Archer 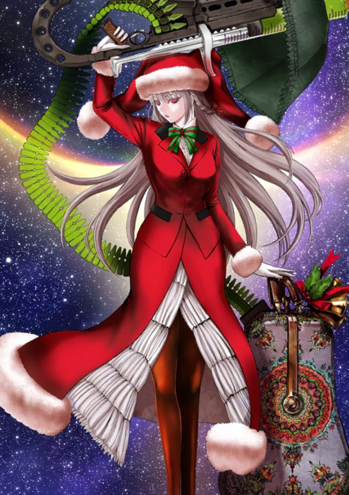 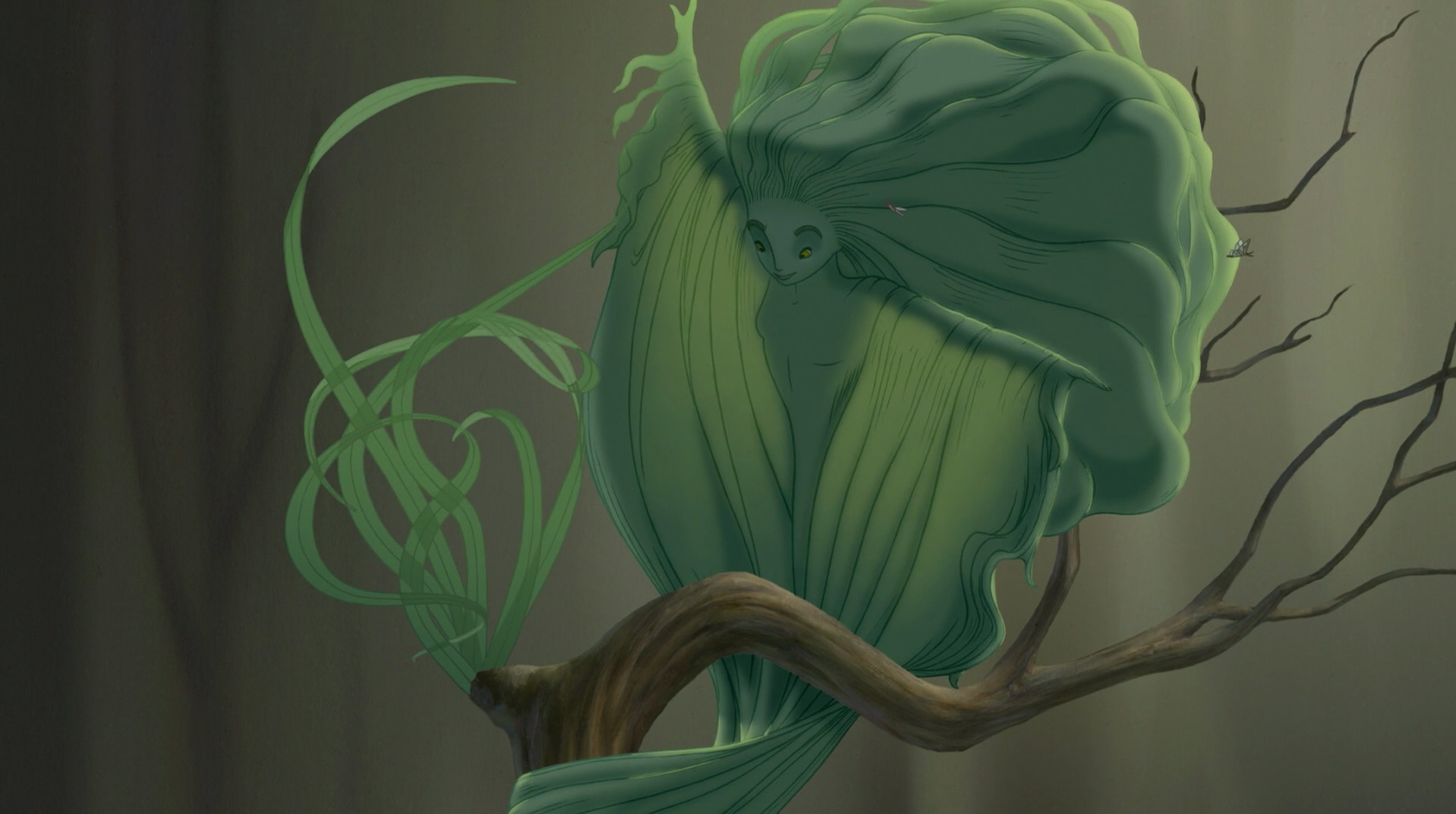 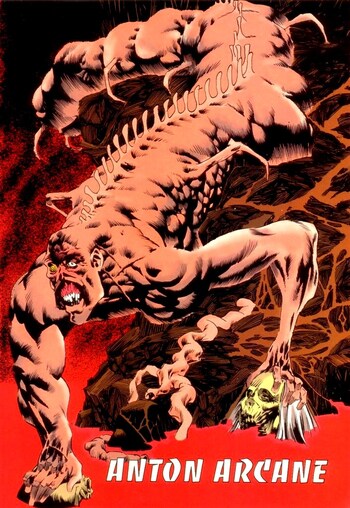 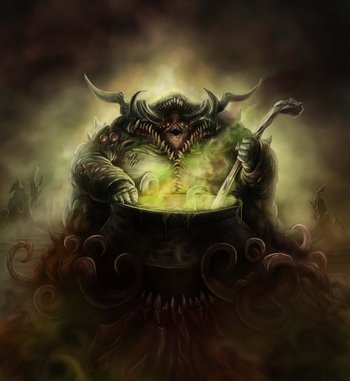 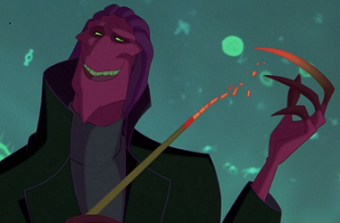 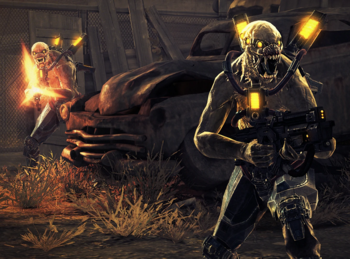 Hybrids, the most common type of Chimera.
Daedalus 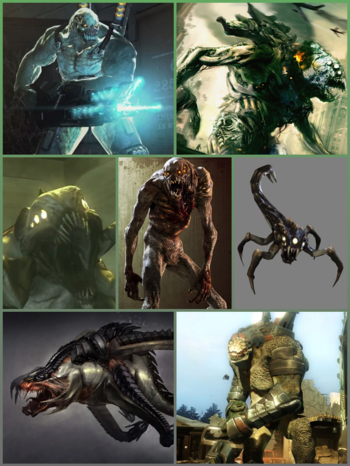 Top-to-Bottom; Left-to-Right: Ravager, Leviathan, Angel, Grim, Roller, Kraken, and Titan.
"They are calling to us. Can you hear them? It is beautiful..."
Daedalus
Dr. McNinja, God of Non-Japanese Ninjas (Doctor Patrick McNinja) visits this temple more often due to working as a doctor.

On very rare occasions, SCP-049 is very likely to show up here after breaking containment. The presence of the "plague" it's what usually bring him to this house.