This sub-house is composed of some of the cruelest rulers in the history of fiction, with many of the Greater Gods being first-class villains. Bow before their majesty! 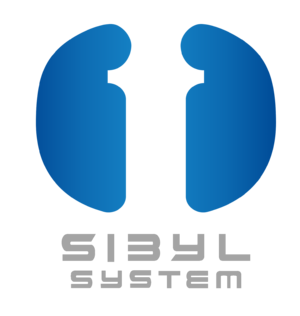 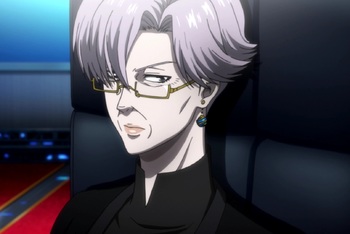 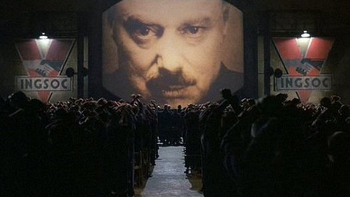 IT (A Wrinkle in Time)
IT, Divine Brain of Outlawed Individuality (The IT, The Happiest Sadist, Red [when possessing his prime subordinate]) 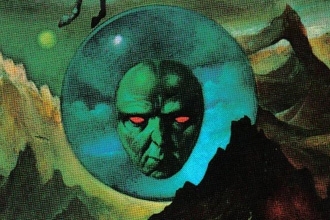 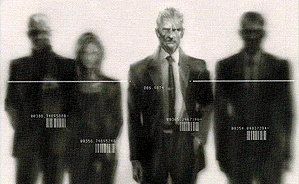 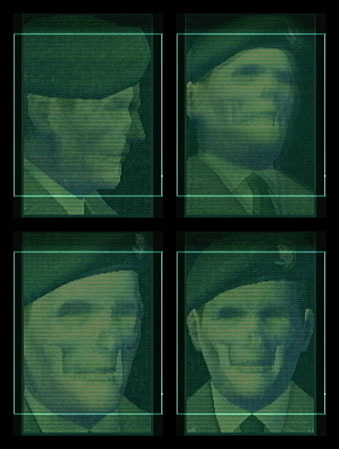 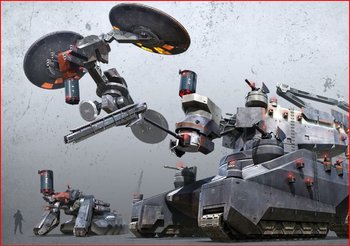 Advertisement:
Sauron
Three Rings for the Elven-kings under the sky,

Seven for the Dwarf-lords in their halls of stone,

One for the Dark Lord on his dark throne,

In the Land of Mordor where the Shadows lie.

One Ring to bring them all, and in the darkness bind them,

In the Land of Mordor where the Shadows lie.

Sauron, God of Dark Lords (Tar-Mairon the Excellent [his original name], The Dark Lord of Mordor, The Enemy, The Eye, The Lord of The Rings, Base Lord of Treachery, The Necromancer, Annatar, Lord of Gifts, Gorthaur the Cruel) 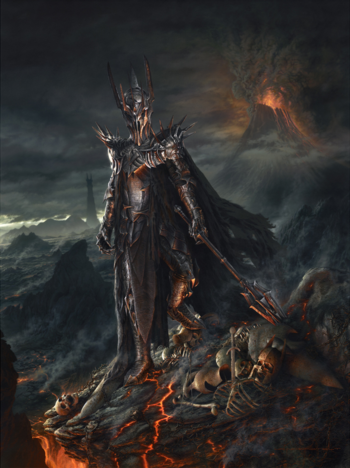 Sauron in battle
The Eye of Sauron 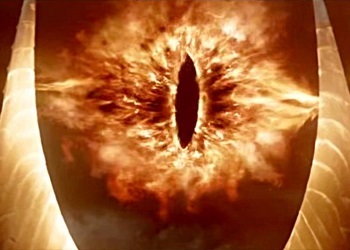 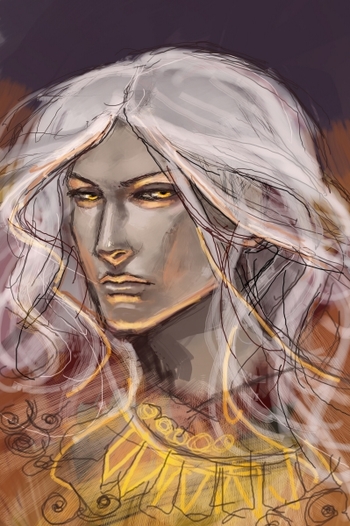 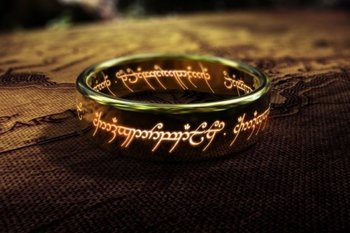 That is a small price for so great a treachery. So shall it surely be. Say on!
Sigma
Sigma, The God Behind the Monsters, Councillor for the Grand United Alliance of Machines (Commander Sigma, The Sigma Virus, The Professor. Bodies include Wolf Sigmanote his first One-Winged Angel form, Neo Sigma, Kaiser Sigmanote an "ultimate battle body", Sigma Beast, Phantom Sigma, Gunner and Earth Sigma, Sigma Head, Psycho Sigma, Final Sigma W and Hell Sigma) 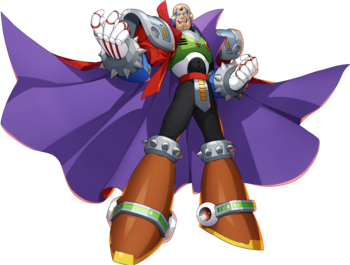 Sigma from X to X8 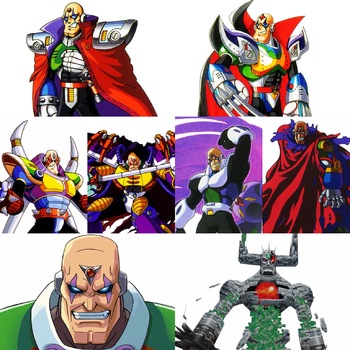 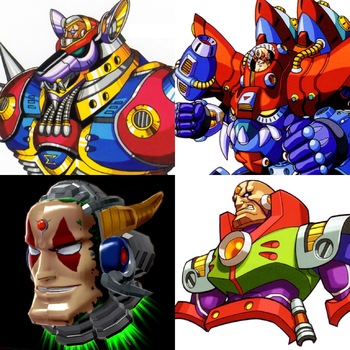 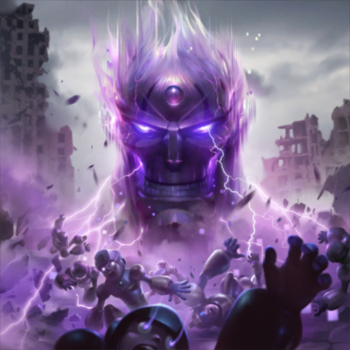 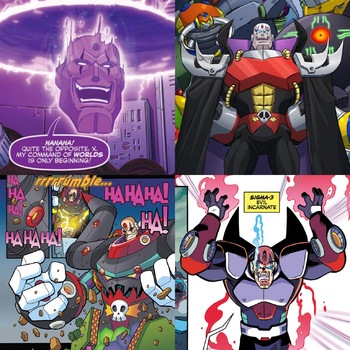 Thanos
Thanos, The Galactic Conqueror (Mad Titan, Great Titan, The Most Powerful Being in the Universe, Son of A'Lars, All-Father, Chins, Dione, Thanos Rex, Master, Masterlord, Overmaster, Avatar of Death, The Outcast, Genocidal Maniac, Captain Genocide (do not call him that), Perpendicular Grape in Need Of Chapstick and a Heart, Madman, Prophet, Survivor, Grimace, One Big Guy, Sire, Crapsack, Son of a Bitch) 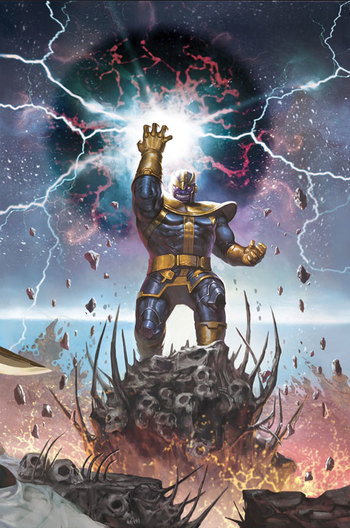 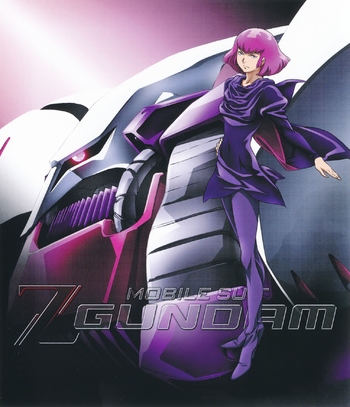 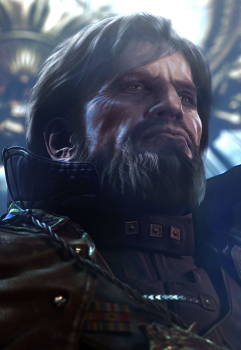 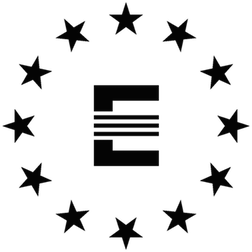 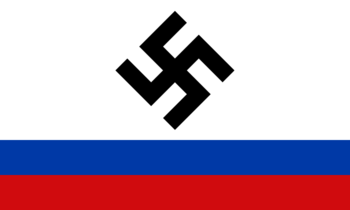 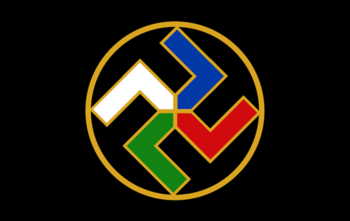 Flag of the Perm Antifascist Committee 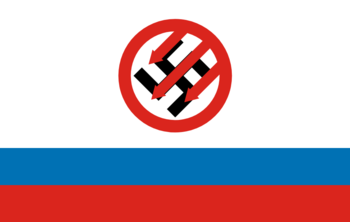 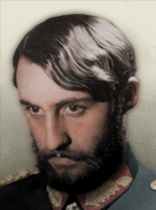 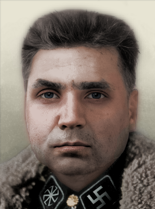 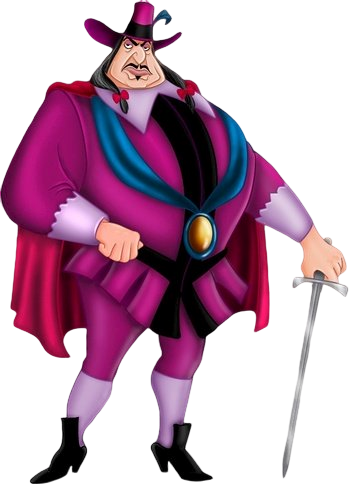 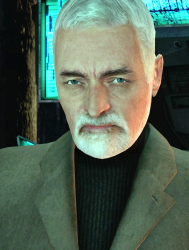