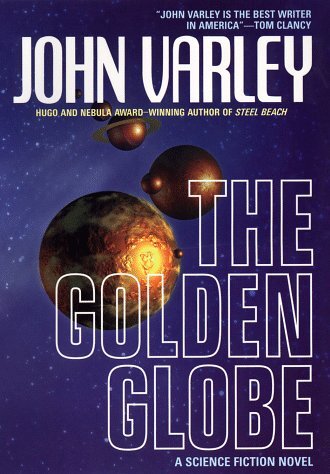 Eight Worlds is a loosely coupled (and not particularly consistent) Science Fiction series by John Varley. It consists of several novels and a number of short stories.

The basic premise is that in the not-too-distant future, as humanity is starting to settle other planets in the solar system, some Sufficiently Advanced Aliens come along and simply banish humans from Earth, without even an attempt at communication, let alone negotiation. Without access to Earth, humanity is forced to get along, as best it can, with the eight settled planets and moons of the system. Cut off from its cultural roots, society quickly grows in new and unexpected ways.

Novels in the series include The Ophiuchi Hotline, Steel Beach, The Golden Globe, and Irontown Blues. Steel Beach was nominated for a Hugo Award in 1993. The 1979 short story, "Overdrawn at the Memory Bank", was made into a Made-For-TV movie.