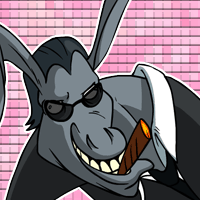 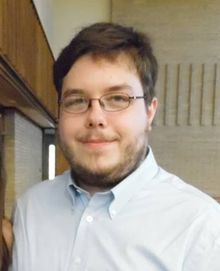 or simply "Dunkey", is a YouTube gamer from Wisconsin, although his video style is often highly experimental from video to video.

He started his channel in October 2010 to modest reception, although he was on the Internet for many years beforehand, making Flash animations on Newgrounds as well as owning a few older YouTube channels called Meatwadsprite

His initial claim to fame was through his League of Legends videos, although he would officially quit playing and making videos for the game in 2015.

While his content currently varies from reviews ("dunkviews") to humorous gameplay to deeply insightful video essays to generally experimental videos, most of it falls squarely under his outlandish, surreal, and non sequitur-laden brand of humor.

or downloaded for free off of Mediafire.

Note The Mediafire link has been provided by Dunkey himself

, so we're not endorsing piracy or anything.

This dimbus contains the following tropes:

[or some permutation thereof]