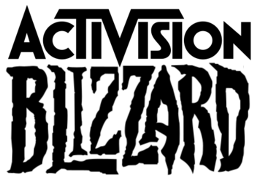 Activision Blizzard was rocked by a large scandal in late July 2021, following the suicide of a female employee. The incident made way for a grand-scale reveal that the company had massive systematic issues with a toxic workplace culture and a slew of allegations about widespread sexual harassment and sexism against employees that had either been ignored or actively covered up by the internal HR department. Following the reveals, the state of California sued the company for failing to comply with safe work environment standards. In August the same year, J. Allen Brack resigned as President of Blizzard Entertainment, while Jesse Meschuk, the company's head of global human resources, was fired following as a direct result of the surfacing of the allegations. Things have only gotten worse for the company from there; for more information, see Wikipedia's article on the lawsuit.

In January 2022, Microsoft announced that it would acquire Activision Blizzard for $68.7 billion.

Video games published by this company: