Created by Char Aznable in response to the growing power of the GUAG Robot War Division, the evil gods herein are better represented by their prowess within a giant Mecha, some of which even go as far as to boast it as "a titanic piece of armour". Unlike their Robot War counterpart, more often than not these evil gods also went so far as to create their own mecha armies, enhancing their already formidable prowess. So far the GUAG pilots have proven more than a match for them, but it is in the firm belief of the Mecha Cohort that one day, surely, their number will turn the tide in their favour...

There are complaints that this division is understaffed, with a lack of ascended pilots to man head positions. Melkor is attempting to rectify this problem by having more of them ascend. For now, he has to settle for those from other alliances, hence Rau Le Creuset of the Grand United Alliance of Destruction being here. To add to those problems, this division is currently in civil war between Char and Gihren Zabi for custody of the Zeon forces, with Gihren leading OYW forces plus Rau Le Creuset, and Char everyone else.

Their headquarters lies in space, at least several thousand miles up from the Conquest Force's headquarters, in the shape of Zeon's most well-known fortress, A Baoa Qu. They have as of yet undisclosed connections with corrupt staff of Anaheim Electronics' Pantheon branch.

Each god here has their own cadre of subordinate non-ascended pilots. The house is currently headed by Char Aznable, with Gihren Zabi as a vice commander in the Conquest Force. Muruta Azrael and Lord Djibril also serve as liaisons to this division from SHOCKER. Given that they both hate Coordinators, Rau Le Creuset's presence here is causing some tensions.

The Decepticons have been moved here too following complaints about lack of staff. 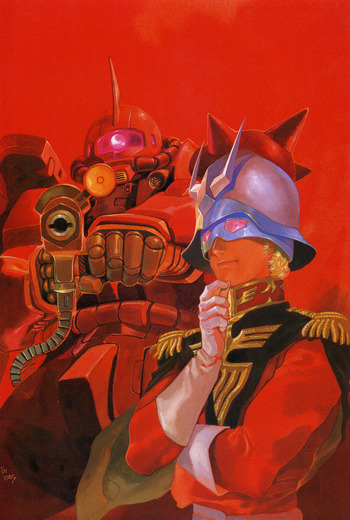 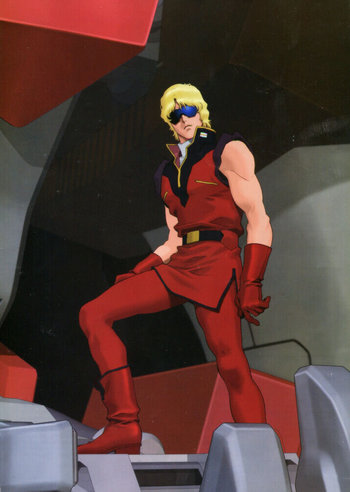 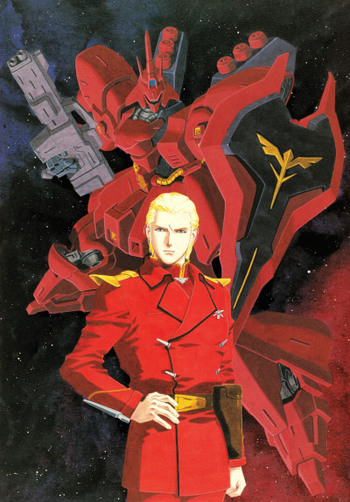 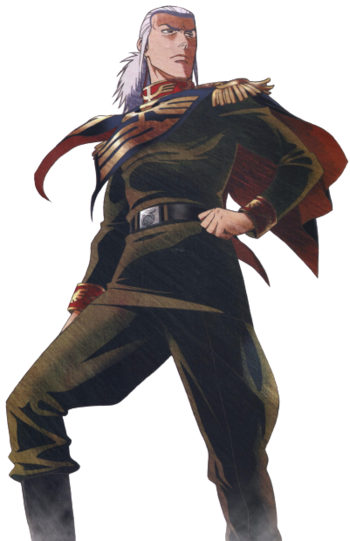