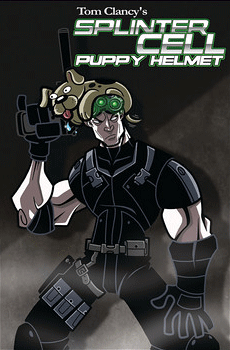 "...couldn't we just call it Amnesia: Revelations or something?"
— Zero Punctuation review of Amnesia: A Machine for Pigs
Advertisement:

Adding multiple subtitles is likely to cause Colon Cancer. When it is added in translations, it is called The Foreign Subtitle. May overlap with Numbered Sequels, Lettered Sequel, Sequel Goes Foreign. Combining Colon Cancer and Numbered Sequels or Lettered Sequel can lead to Capcom Sequel Stagnation. Sometimes they don't even bother with adding subtitles or numbers and just re-use the same title with a non-remake; see Recycled Title.

When a bizarre phrase is the title, see Word Salad Title. For more literal subtitles, see In Which a Trope Is Described. For awe-inspiring subtitles, see Mad-Lib Fantasy Title. For odd title changes in an ongoing series, see New Season, New Name. Supertrope to Sequel: The Original Title.