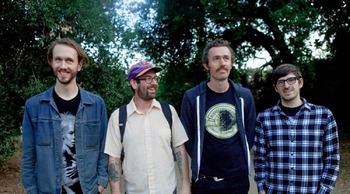 AJJ (no relation to AJR), formerly known as Andrew Jackson Jihad, is an American folk punk band from Phoenix, Arizona. The band was formed in 2004 when its original drummer, Justin James White, approached Sean Bonnette and Ben Gallaty, who have remained the only two constant members of the band since.