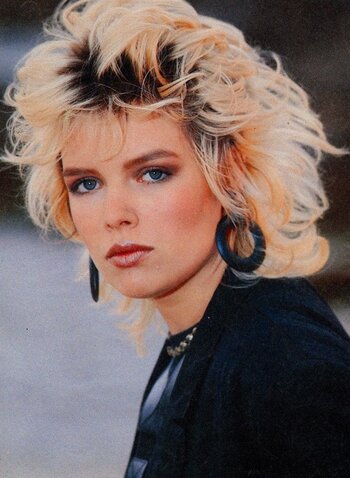 Someone I know is staring at me,
And when I look into her eyes,
I see a girl that I used to be,
I hardly recognise.
"You Came"
Advertisement:

Kim Wilde (born Kim Smith, 18 November 1960) is an English pop star, best known for her 1981 single "Kids In America" and her 1986 Cover Version of The Supremes' "You Keep Me Hangin' On," the latter of which topped the Billboard Hot 100 in June of 1987. Outside of her pop career, Wilde has worked in television presenting and gardening.