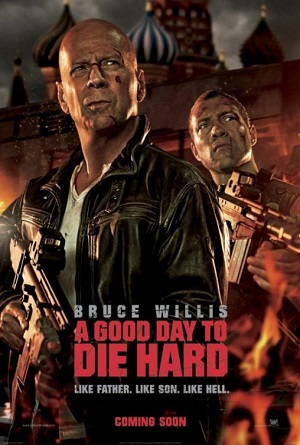 A Good Day to Die Hard is the fifth movie in the popular Die Hard franchise.

In this installment, an aged John McClane goes to Russia to get his son Jack out of prison, where they get involved in stopping a terrorist plot.

A Good Day to Die Hard provides examples of: