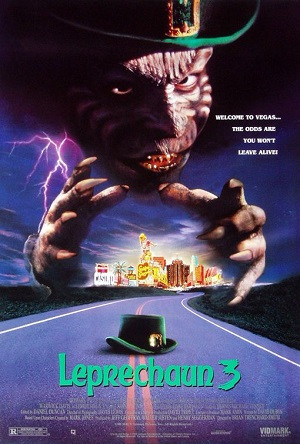 The second sequel to Leprechaun, released in 1995 after Leprechaun 2.

In Las Vegas, a badly beaten man drops off a rather peculiar looking statue at a pawn shop. He's willing to take whatever the shopkeeper will offer him, but warns him that he must never remove the gold medallion that hangs around the statue's neck. As soon as he's gone, the shopkeeper does this. The statue comes to life, revealing the leprechaun, who kills him and sets out to reclaim his gold.