Film / Leprechaun in the Hood 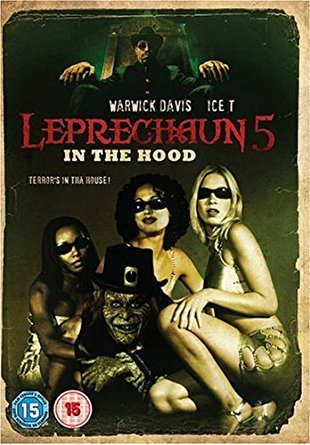 "A friend with weed is a friend indeed, but a friend with gold is the best I'm told."
— Leprechaun
Advertisement:

The fifth film in the Leprechaun series, released in 2000.

A hoodlum named Mack Daddy (Ice-T) discovers the leprechaun's gold, and in the ensuing struggle accidentally tosses the gold medallion from part three around its neck, trapping it in stone. Among his newly acquired treasure, he comes across a golden flute that gives its owner great musical talent. Flash forward several years, and he is now a successful rap producer. One night, three aspiring singers rob his office in retaliation for denying them a record deal. They steal the flute and the medallion, unwittingly releasing the leprechaun... in da hood.