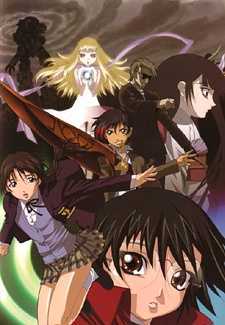 Gate Keepers 21 is a Japanese six-part sequel OVA series to the Gate Keepers series, possessing a darker and more serious plot than its predecessor. Some of the questions left unanswered in the TV series are answered in this sequel. Linking the two series are the characters Reiji Kageyama, Yukino Houjo, and the former Far Eastern AEGIS Headquarters setting, Tategami High School.

31 years have passed since the Far Eastern Branch of AEGIS and the Invaders waged war in Japan. The heyday of growth and prosperity has passed, the crime rate has increased, environmental problems have worsened, and the international situation has become increasingly unstable. Coupled with the decline in the morals of the Japanese people comes the emergence of a new type of Invader — one that can absorb ordinary humans into its ranks.

Though they have been officially disbanded and discredited, the remnants of AEGIS have formed a clandestine network to hunt down the Invaders, led by the antisocial Ayane Isuzu, who collects the crystal remains of Invader in exchange for money doled out by the mysterious Reiji Kageyama.