Western Animation / The Brave Little Toaster to the Rescue 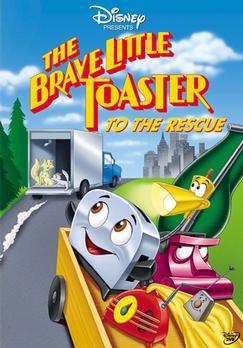 Set a few years after the first movie, the appliances have been busy assisting their Master while he's busy working at a veterinary clinic. While working on his thesis, his computer crashes due to a computer virus and he ends up losing all his hard work. Toaster leads the rest of the appliances to try and recover the Master's thesis with the help of Ratso the rat, and they soon come across a sick and outdated computer named Wittgenstein. Wittgenstein is responsible for the computer virus as he's been trying to alert the other appliances of a plan to sell all the animals at the clinic to Tartarus Labs for experiments, orchestrated by the Master's jealous assistant Mack. With the wellbeing of both the animals and their Master at stake, it's up to Toaster and the rest of the appliances to save the day.

The Brave Little Toaster To The Rescue contains examples of