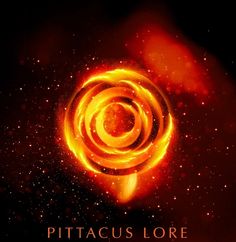 A vision... the nextnote sixth — so close book will be called The Victory of Ten!
Advertisement:

Kick-started with the relatively successful I Am Number Four, author James Frey (with ghostwriter Jobie Hughesnote Books 1 & 2; was apparently removed from the project because of creative differences. It is supposed that for book 3 and one other of the main novels, Greg Boose acted as a secret ghostwriter — secret likely due to Frey's wanting to keep the illusion of the author. under the pseudonym 'Pittacus Lore', who's also a character) kept it no secret that the whole franchise was designed to latch onto the success of Twilight and Harry Potter.

The film rights to the first novel were bought up a year before it was published, so it clearly worked.

While the film series has been shelved due to relatively-poor performance at the box office (The Power of Six had been planned for release on May 26th 2016), the novel series has continued, and was planned to consist of six books. This was extended to seven and the final book was released in June 2016. The series consists of the following novels:

The number was secretly extended again, albeit under a "Lorien Legacies Reborn" banner, instead - this sub-series would appear to be set up to continue for some time, with the first released in June 2017. The Reborn series features a Garde training academy and would seem to be the Divergent or The Hunger Games version of the original book series. It contains:

Also included is a string of e-novellas and short story collections called I Am Number Four: The Lost Files. These are:

The first three of these were re-published in print in the summer of 2012 (to promote The Rise of Nine) as I Am Number Four: The Lost Files: The Legacies. A second print compilation, Secret Histories, was released in July 2013 with the same title and containing numbers 4, 5, and 6 of the above. A third set, titled Hidden Enemy, contained the next three novellas and was published in the summer of 2014 alongside the fifth novel. The fourth set (books 10 through 12) were only in print and collected as Rebel Allies with the release of the sixth book. Pre-empting the final novel in the series, a fifth collection (13-15) was released in May 2016 as Zero Hournote Well, I Am Number Four: The Lost Files: Zero Hour — Lorien Legacies: The Lost Files, but that's a bit of a stomachache.

In addition, there are a string of supplementary works. These are:

Cash Cow Franchise it is, these are all successful-ish, but not as far as the actual stories. Or The Film of the Book.

The stories follow the last of the Loric/Lorien, a race whose home planet of Lorien was destroyed by the Mogadorians, as they try to prevent the same fate ravaging Earth. There is also the ulterior motive that it is the nearest life-sustaining planet that they're welcome on. The children are members of the Garde and will take on the role of the Elders of their planet at some point whilst the adults are their keepers, called Cêpan. They also gather some kindly human friends, as well as some unkindly human foes, like any other person.

Unfortunately they're not just any other people. Instead, these teenagers have to single-handedly or within small groups fight off armies of the warrior race Mogadorians, also known as Mogs, who are hunting them down to wipe them out, as well as militant terrorist groups and the FBI - who have put aside their differences to fight the good guys together - with their main weapon being their developing Legacies. The Legacies are their inherant abilities received from the planet Lorien itself, which are basically superpowers.

Speaking of which, the "Lorien Legacies" is a Double-Meaning Title, or a poly-meaning title, as both elements to it have multiple meanings: Lorien meaning of Lorien, of lore, or of Pittacus Lore and Legacies meaning Heroic Stories, Dynasties, inherited responsibilities or positions, the Inheritances, the actual Garde members or, of course, their powers.

Not to disappoint, of course, with a large cast of teenagers, there are Romantic Sub-Plots for everybody. There are love-triangles and the development of heterosexual and platonic life partnerships.