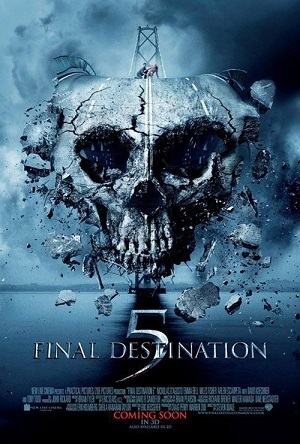 "We weren't supposed to survive that bridge collapse and so now it's kill...or be killed."
—Peter
Advertisement:

Final Destination 5 is the fifth film in the Final Destination series, it was released on August 12th, 2011. The film was directed by Steven Quale, and written by Eric Heisserer. It stars Nicholas D'Agosto, Emma Bell, Miles Fisher, Courtney B. Vance, and Tony Todd.