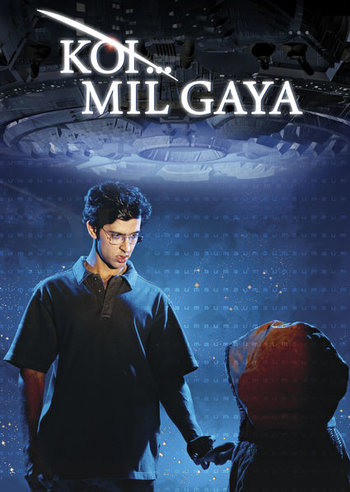 You said go learn from your papa, I've learnt from my papa sir.
—Rohit

The film is about a mentally disabled student Rohit who inadvertently summons a spaceship, leaving behind an alien named Jadoo who befriends him.

The film was highly acclaimed and commercially successful in India, spawning the Krrish franchise.